Love is in the air

For Christina and Christian it was obvious where they wanted to celebrate their wedding. Even though she is originally from Madrid and he grew up near Barcelona, they have been living together in Mallorca for several years. Both of them love the island very much and they are decided to spend the rest of their lives here – together, of course!

The couple wanted to spend as much as possible of their wedding day with their families, since they were leaving to go on their honeymoon in the Polynesian islands the very next day.

The couple separated to prepare for the ceremony with their loved ones, even though they found it difficult to be away from each other. Both of them were staying in a lovely hotel in Illetas with a marvelous view of the ocean.

We began accompanying the happy couple at breakfast time. This was important to both of them since their first apartment together was a milestone in their relationship and they were planning to move to a small house soon.

How many people have pictures taken in their apartment? Hardly anyone, you might say, but how valuable is a tribute your first home together on such an important day, while enjoying your morning coffee? That is how we ended up at Christina’s and Christian’s door in the Spanish district with the morning sun.

The day continued as beautifully as it had begun. The marriage registrar in Castell Belver almost became teary-eyed during the ceremony from “all the love in the air”, as he described it.

The reception took place in the Beach Club Puro Beach  in Can Pastilla, and at midnight, the couple danced with their guests on an old pirate ship, anchored in the bay of Palma.

A joyful  „¡Olé!“  from us! It was unforgettable. We wish you as much happiness in your life together as we were able to experience on your big day!

A lovely Wedding at the stunning venue Ses Voltes in Majorca 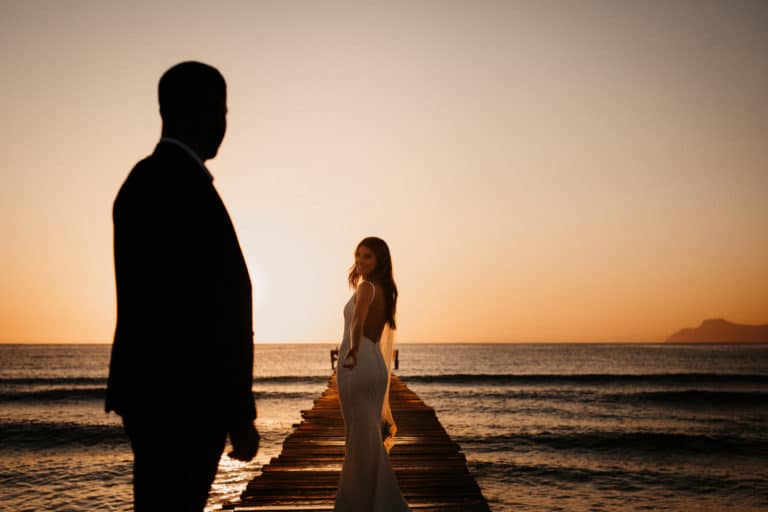 A Beautiful After Wedding Photo Shoot on the Beach 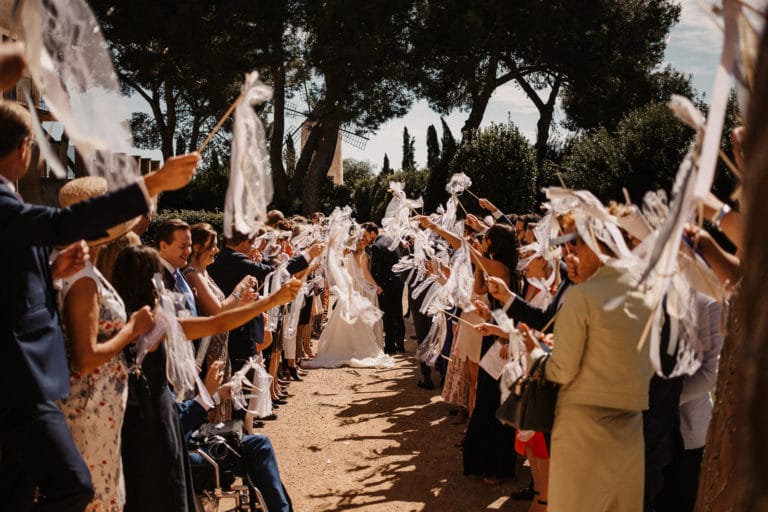 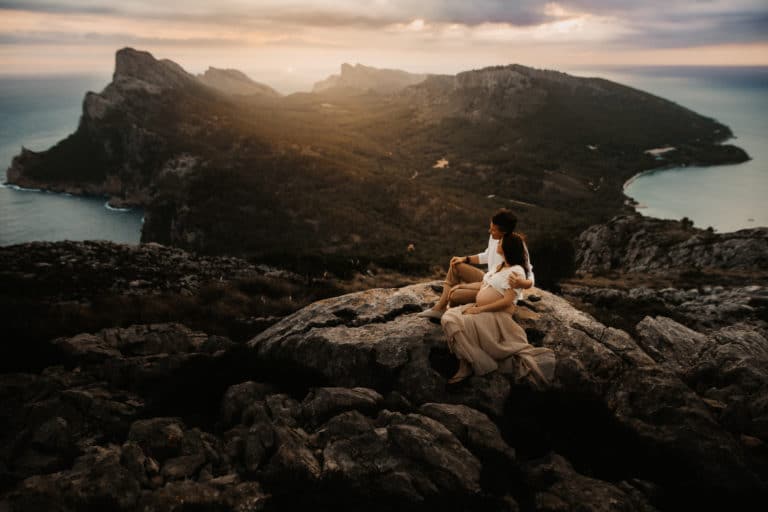 If you continue to use this site we will assume that you are happy with it.